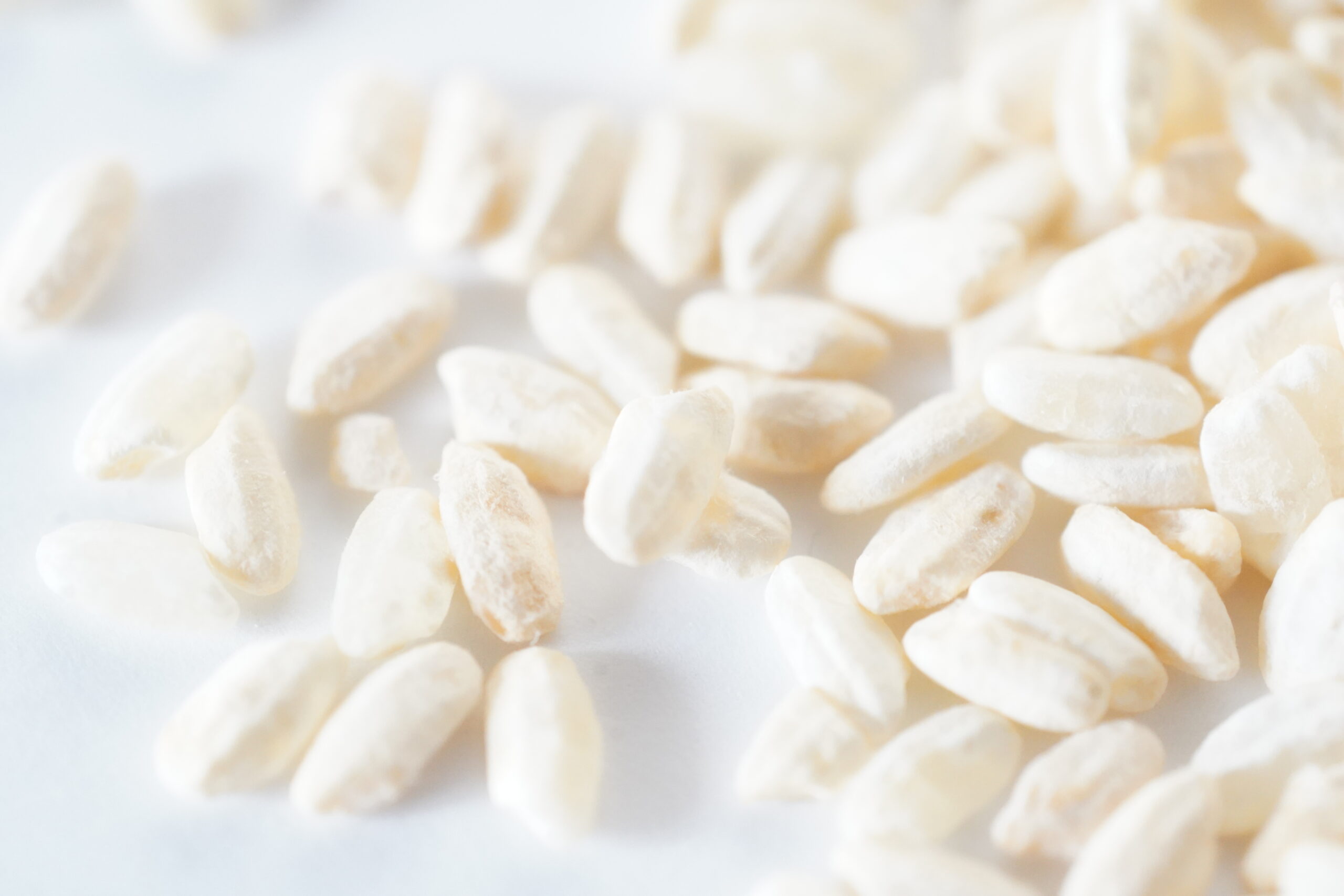 This photo shows a rice koji.

To start with, it originally is a mold (Koji-kin) which lives in the nature, precisely, around rice plants.  People used to collect (some still do!)  the natural mold in order to make a starter ‘koji’.  But as the quality is not stable, we can purchase the koji spores (tane-koji) in stores instead.

Once you have a koji in hands, you are ready to ferment many things!

What is our mission?

Camossons, Inc is not a brewer, it is a company which proposes you the followings:

fermented food so it boosts your immune system.

All our products are:

✓ promote healthy (and importantly fast & easy!)way of cooking  by using Japanese traditional koji-based condiments in westernized or non-Japanese traditional cuisine, so that we can leverage more from its benefits for our physical and mental health.

✓ workshop, seminar, and lessons on koji, koji-based condiments irregularly or upon request.

But what makes the condiments of Atelier de Koji so special?

Because the recipes are made by the owner of Atelier de Koji, who has lived for 22 years abroad.

(7 years in the U.S. and 15 years in France) these condiments are specially adapted for western food, yet using Japanese traditional fermented condiments as a base.

Manami AUREGAN, the owner, always struggles to find a compromise between herself who wants to eat Japanese food, and her French husband who wants to eat westernized food.   Her daily mission is to cook original westernized food using Japanese traditional condiments to satisfy both.  Being a full time working mother, her challenge has always been to prepare dinner very quickly for her kids as well.

Once she came back to Japan, she realized we don’t have so much choice of condiments which are healthy, natural, delicious, and give nutrients needed for health which allow us to cook quickly.  Usually, easy-to use condiments have much additives.   If we talk about this type of condiments adapted for western food, there is almost none!  At the same time, she found out the benefits of Koji, and it attracted her to study deeply to share the knowledge with natural-food lover outside of Japan.

This is why she decided to launch her original condiment brand ‘Atelier de Koji’, hoping that koji-based condiments will be in the kitchen of all over the world!

Yes, koji is not only for Japanese food. 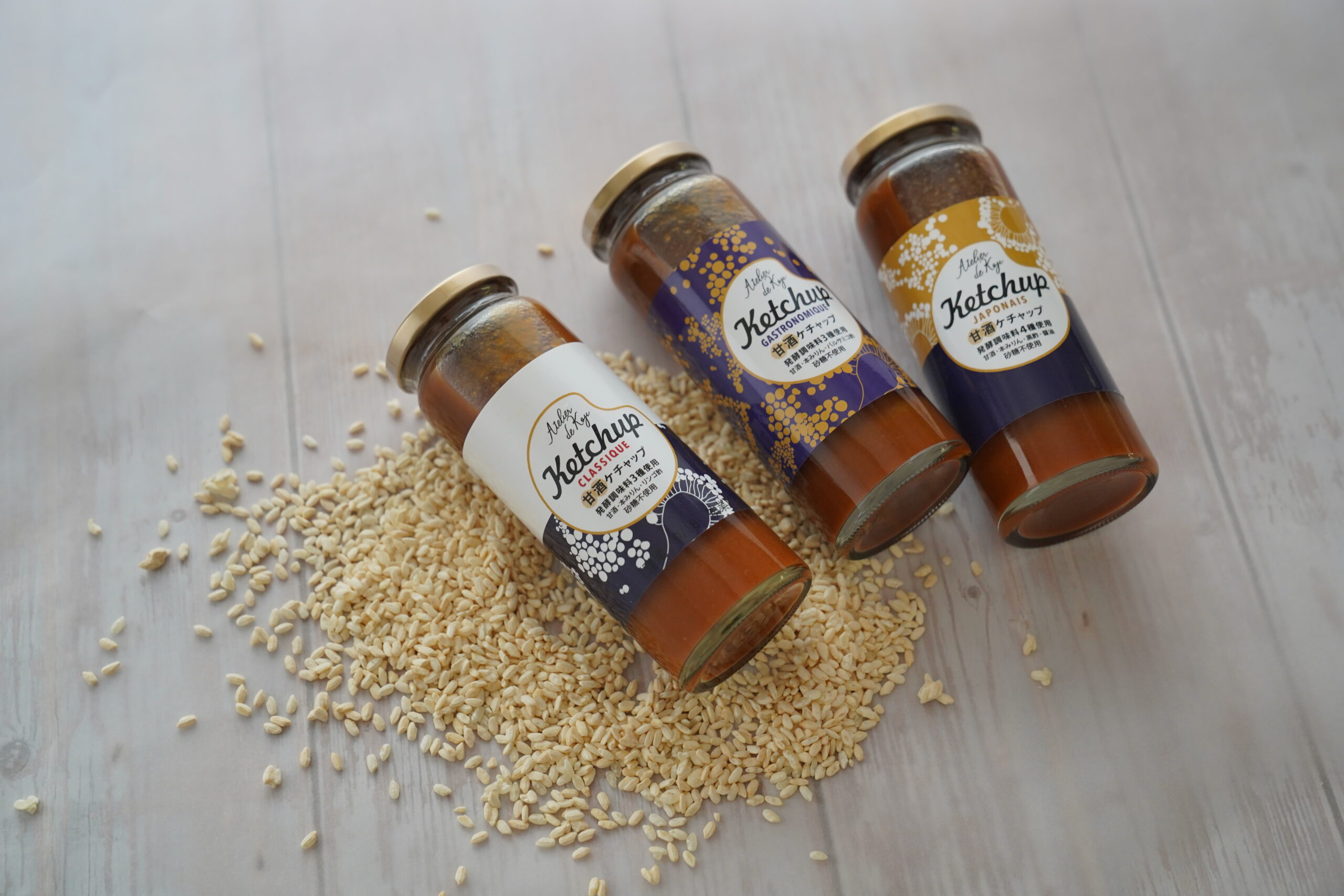 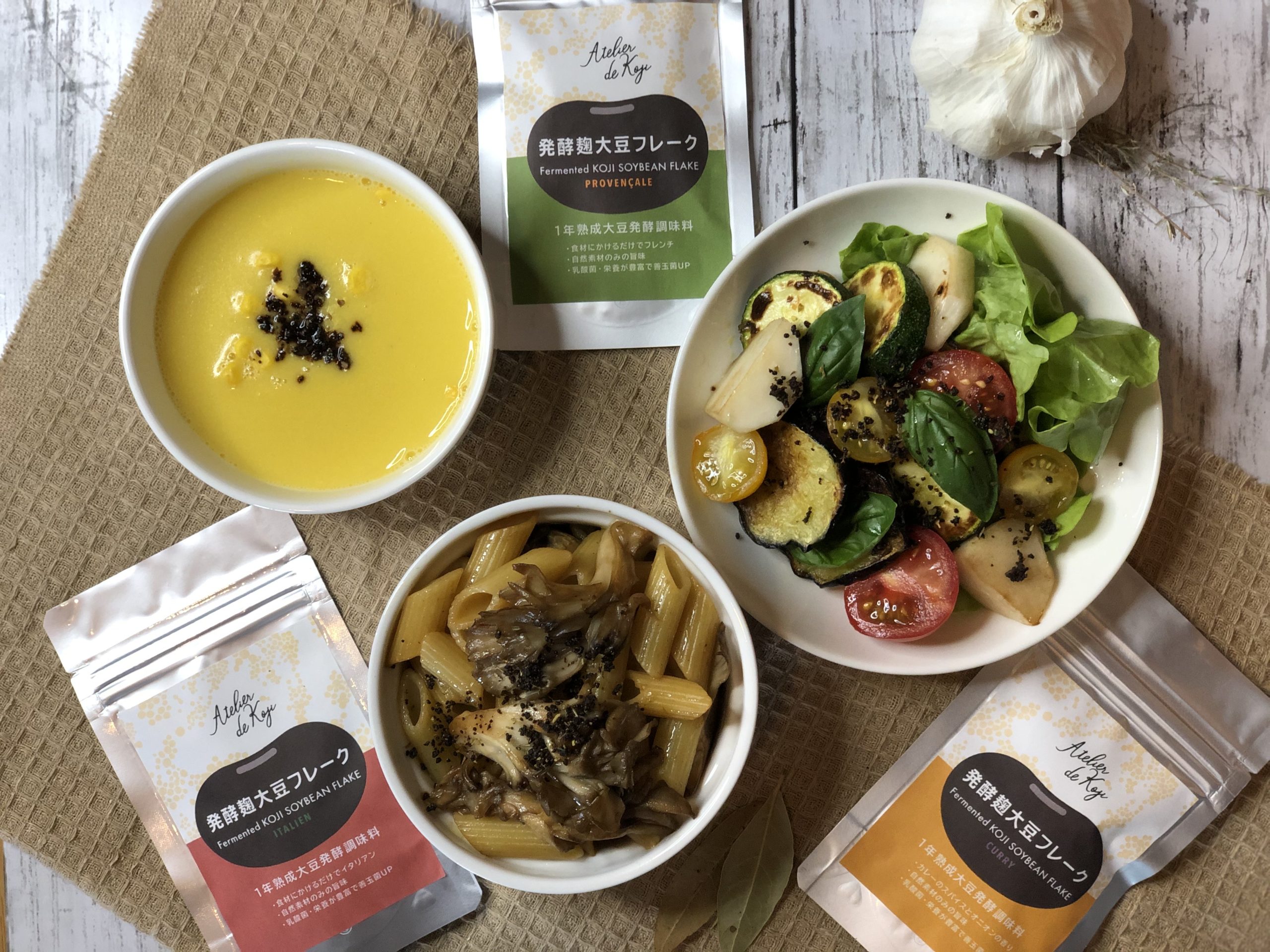 FACEBOOK : Atelier de Koji for our products and events mostly in Japanese

INSTAGRAM: jp.atelierdekoji for products and events of Atelier de Koji in Japanese

INSTAGRAM: en.atelierdekoji for learning A to Z about Koji, ‘Koji Trivia’